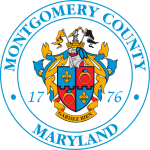 Suburban Maryland includes the communities surrounding the District of Columbia in the Counties of Montgomery and Prince Georges. Suburban Maryland is the highest population area in Maryland and represents a wide ethic and cultural group who call the DC Region home. With many federal workers commuting from border communities like Bethesda, Chevy Chase, Potomac, and Silver Spring to Downtown Washington, Montgomery County Maryland tends to be known for its traffic, restaurants, and many shops