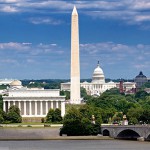 Washington, D.C. is the capital of the United States and is home to the three branches of the federal government. The city contains many government agencies, museums, parks, and historical locations. This makes it popular for both tourists and residents alike. Over 650,000 people reside in the city due to its combination of great retail, food, and public transit. The city has many high-density residential areas, and they can benefit from the addition of gas fireplaces due to the convenience and safety they provide in a city environment.

“After two failed attempts at getting other contractors to come, and one who didn’t have an opening until end of January/early February (it’s currently mid-December), this contractor was able to come by within days of my call, and just in time for a big holiday party, so I was grateful for that alone. Chuck gave me a call before he was coming to make sure someone was home. He explained in detail what the issues could be and then proceeded to troubleshoot. He figured out that it was a bad generator, and replaced the current one with a new one. Chuck was very courteous and professional. And the price was much lower than I had expected (the place that only had availability over a month from now charged over $200 just to show up!). So we couldn’t be more pleased with the service we received. We’d definitely use this company again in the future.”