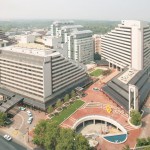 Bethesda is home to the National Medial Center. Originally a bedroom community on the outskirts of Washington, Bethesda has grown into a commercial hub with Forture 500 HQs and a strong business district. Whether you own an older home built in the 40s or 50s or a newer home currently under constructions, Aspen can provide a nice new gas fireplace to increase the value of your home in this highly sought after location.